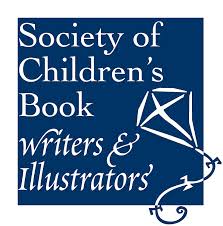 Fifteen hundred writers and illustrators gather in LA every year to talk kids books and publishing and process. That’s a lot of people. I attended SCBWI LA on the slick a few years ago — when I helped my editor (for about fifteen minutes) present on voice — but this year I was invited to be one of the keynote speakers. At first I thought, Sweet, I’m officially on the books this time. I thought, Not a bad reason to be in LA. All my best friends still live in LA (I had a nice four-year run in Venice, starting in the early 2000s, where I wrote my first book, Ball Don’t Lie). But when I saw all the people packed into the huge auditorium on that first day of the conference — as they listened to legends Laurie Halse Anderson and Jon Scieszka — I started to sort of panic a little.

“There’s a lot of people here,” I told Deborah Halverson, who was sitting in the chair next to me.

I watched Laurie do her thing at the podium for a couple more minutes. The crowd loved her. I swallowed hard a few times and tried to keep from hyperventilating. “Seriously, though,” I said, turning to Deborah again, “that’s a lot of damn people.”

For the next couple days, I studied whoever went outside during break from my hotel balcony. 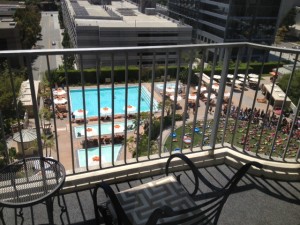 I watched all the other keynotes hoping someone would be really bad which would lower the bar and allow me to feel less pressure. Sadly, all of them were good. Laurie and Jon killed it. Mac Barnett was amazing. So was Kirby Larson. And then it was time for me to talk.

My heart started beating its ass off as I was being introduced by Lin Oliver. And then came the long walk to the podium. It took me about an hour to get there. Me holding my little Macbook, sweating profusely, licking my chapped-ass lips. Seriously, that walk should be an Olympic sport. It takes that much grit and determination. Eventually I made it to the mic where I cleared my throat and stuttered out my first word.

I did my talk.

When I was done I marched directly to the bar where some buddies were sitting. And I partook. One friend informed me that I used the word “epiphany” too many times. So for any of you who were there, I apologize for that. Epiphany is an important word, but it should probably be used sparingly. You can’t walk around having epiphanies all day. That would be too much. I recognize this now. But man did it feel good to be done. The world seemed like a brighter place for the rest of the conference.

All in all, it was incredibly inspiring to be around so many talented and committed writers. I met some really great people at SCBWI. Some writers and illustrators who are going to write the world in the coming years. And it’s really cool hanging with that kind of crowd.

I also got to meet Christian Robinson, a young illustrator badass, and his sweet grandmother who is the inspiration of Last Stop on Market Street, the forthcoming picture book Christian and I teamed up on (Christian is currently finishing up the illustrations). 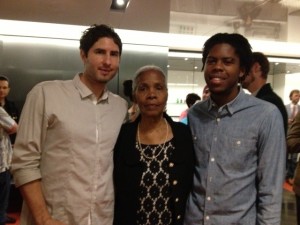 (I look aerodynamic in this photo, which suggests I’d be quicker to the podium. But no.)

Anyway, thank you SCBWI and Lin Oliver. It was an honor to be a part of this year’s conference.