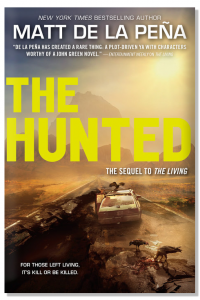 When the Big One hit, Shy was at sea in style. The Paradise Cruise luxury liner he worked on was a hulking specimen of the best money could buy. And now it’s at the bottom of the Pacific Ocean, along with almost all of its passengers.

Shy wasn’t the only one to survive, though. Addie, the rich blond daughter of a mysterious businessman, was on the dinghy he pulled himself into. But as soon as they found the rest of the survivors, she disappeared.

The only thing that filled the strange void of losing her was finding Carmen, his hot coworker, and discovering a way to get back home. But Shy’s luck hasn’t turned. Not yet.

Back on the dinghy, Addie told him a secret. It’s a secret that people would kill for–have killed for–and she has the piece that could turn everything on its ear. The problem? Shy has no idea where Addie is. Back home in California seems logical, but there are more ways to die back home then Shy could ever have guessed.

And thanks to what Shy now knows, he’s a moving target.