Last Stop on Market Street is a quiet little book about a boy and his grandma riding the bus from church to their soup kitchen. I set out to tell a simple, realist urban story featuring “diverse” characters. I was also thrilled to be working with one of the most talented illustrators in the field, Christian Robinson. The book originated with a single illustration I saw on Christian’s blog (pointed out to me by my badass agent, Steven Malk, who also represents Christian). 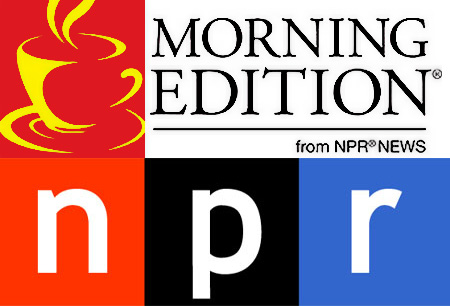 Not in my wildest dreams did I ever think the book would be reviewed by the New York Times and Washington Post and Boston Globe and Wall Street Journal. And just this morning, Christian and I were on NPR’s Morning Edition talking about Last Stop. Unreal! During the actual interview, I was concentrating so much on not screwing up that the whole thing was kind of a blur. But I just listened to it. Man, I was really moved by some of the things Christian said. I feel so lucky to be a part of this special book. (You can listen to the interview here.)

(Special shoutout to our incredible publicist at Penguin, Lauren Donovan. I don’t know how she got us on NPR. But I’m thankful as hell!)