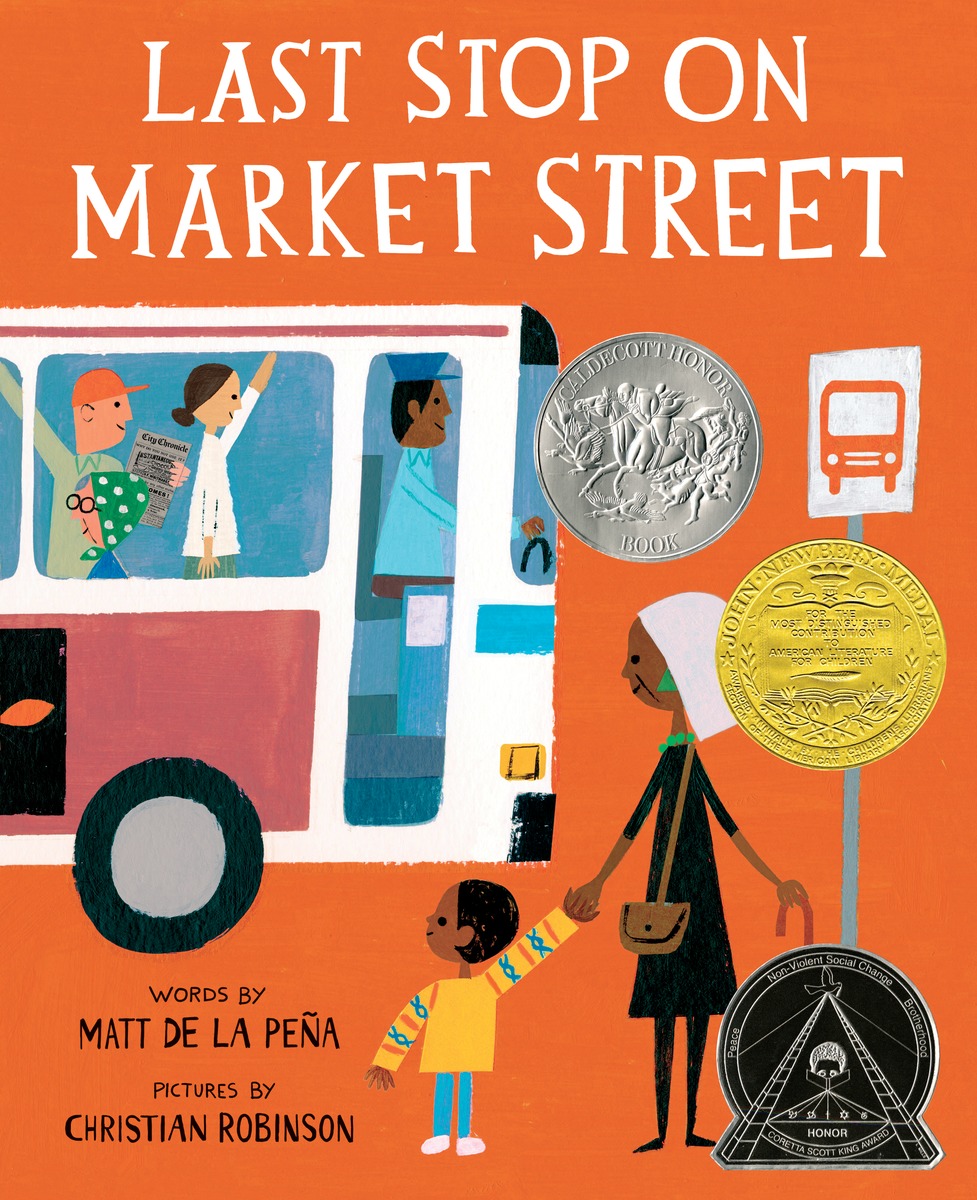 Every Sunday after church, CJ and his grandma ride the bus across town. But today, CJ wonders why they don’t own a car like his friend Colby. Why doesn’t he have an iPod like the boys on the bus? How come they always have to get off in the dirty part of town? Each question is met with an encouraging answer from grandma, who helps him see the beauty—and fun—in their routine and the world around them.This energetic ride through a bustling city highlights the wonderful perspective only grandparent and grandchild can share, and comes to life through Matt de la Pena’s vibrant text and Christian Robinson’s radiant illustrations. 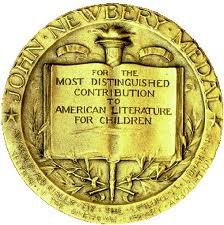 “Like still waters, de la Peña and Robinson’s story runs deep. It finds beauty in unexpected places, explores the difference between what’s fleeting and what lasts, acknowledges inequality, and testifies to the love shared by an African-American boy and his grandmother.”—Publishers Weekly (starred review)

“That material poverty need not mean spiritual or imaginative poverty becomes beautifully clear in the quietly moving in the pages of Last Stop on Market Street.”–The Wall Street Journal

“Robinson’s simple shapes, bright palette and flat perspective belie a sophisticated use of acrylic and collage. His cityscape is diverse and friendly, without neglecting the grittiness: litter, graffiti, security grilles and a soup kitchen—CJ and Nana’s destination. With this final detail, Last Stop on Market Street provides a gentle twist, letting readers in on the secret Nana and CJ have known all along: They’re on the way to help others who have even less. But it’s also the warmth of their intergenerational relationship that will make this book so satisfying, for both young readers and the adults sharing it with them.”–New York Times

“A celebration of the joys of service, the gift of grandmothers and the tenderness a city can contain.”–Newsday

““[The] artwork is reminiscent of the great Ezra Jack Keats. The book is a good reminder that often the journey is just as important as the destination.”—St. Louis Post-Dispatch

“An exceptional book on kindness and the diversity of life, ‘Last Stop on Market Street’ is first-rate.”—Philadelphia Eagle