My first-ever trip to Iowa couldn’t have gone better. The weather was perfect. The people were nice. The students were fun . . . and a bit crazy . . . and super respectful. And every teacher I met was the real deal.

My first stop was Holmes Junior High. During the morning creative writing session (in the music room) I played the cello while the students worked on an exercise. The magical sounds I produced really set the tone. These kids dug deep. A few of the pieces blew me away. I’d never played the cello before — I didn’t even know how to hold it at first — but, man, it turns out I’m really good. I played some spooky, atmospheric stuff and then switched to a few Beethoven pieces. It’s like I’d been playing all my life. 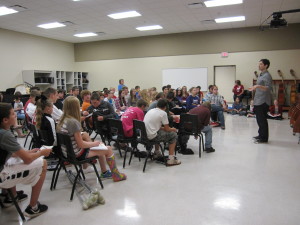 Then I spoke to the whole school in the auditorium where I talked about literacy and scalps, and the librarian let me give away books to a few of the best readers in the school, including this football star: 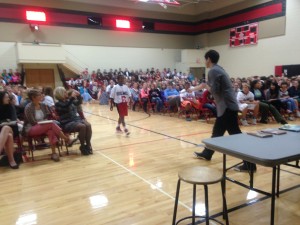 Loved eating lunch with some of the fellas and discussing the fact that it’s ACTUALLY COOL to be secretly nerdy (nerdy, in this convo = intellectually curious), though my man from Louisiana needed a little extra convincing: 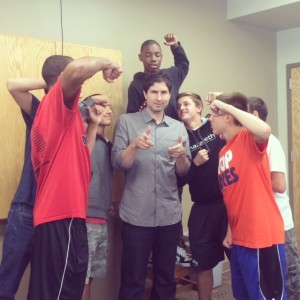 We then headed over to Cedar Falls High School where I got to lead a creative writing session and show a couple clips from Ball Don’t Lie.

That night I was amazed by how many people showed up at Cedar Falls Public Library to hear me speak about the evolution of my work and the importance of diverse literature. I even got to read (for the first time ever!) from my short story “Angels in the Snow,” which is in the forthcoming anthology My True Love Gave to Me (which now has an astonishing four starred reviews!). Speaking of diversity, the crowd was an incredible mix of students and educators and teens and people from the community and a young kid from Waterloo who showed up to get his copy of The Living signed: 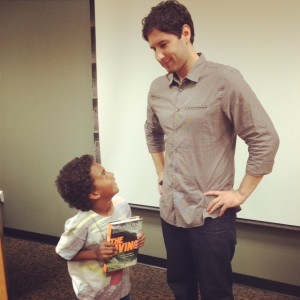 On Friday morning I was at Peet Junior High, where I met more great students. I was introduced by an impressive young woman named star, who is half Mexican just like me: 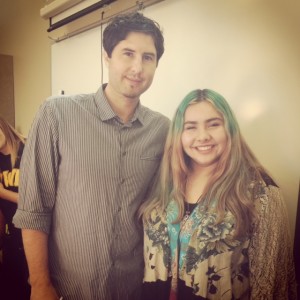 The all school talk in the gym was great, but I think my favorite part of this visit was the Q&A session that took place after in the library. Here’s a shot of me sort of looking the wrong way: 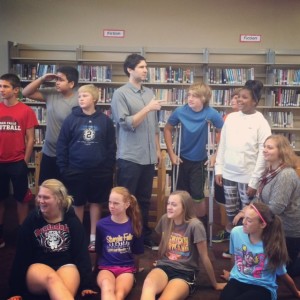 Gotta say, I’m a fan of Iowa now. It’s more than corn and cattle out here (though I did get to interview a few girls who live on bona fide farms — research for the new book I’ve started writing). Special thanks to Jennifer Paulson and Abby Hendrickson for inviting me to speak in Cedar Falls!