The Living is out in the world now, and I’m truly humbled by all the folks who have agreed to help spread the word.

Here’s an interview I did with Kirkus, written by Jessie Grearson (an excellent writer out of the Iowa Writers Workshop).

I was also lucky enough to do a guest post for the great people at Nerdy Book Club (I’ve been following their terrific site ever since I met some of the founders at a conference). In the post I talk about why I wrote a disaster novel after writing four quieter, literary novels.

And here’s my schedule for NCTE (in Boston):

And last but not least, a football is occasionally involved in my school presentations, as evidenced by the following shots taken at a middle school in Seattle (note: these two librarians are entirely responsible) . . . 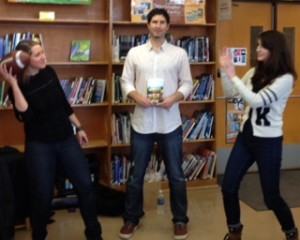 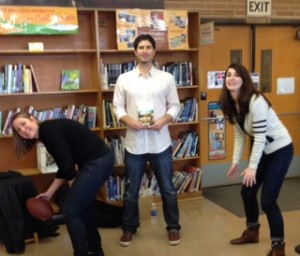 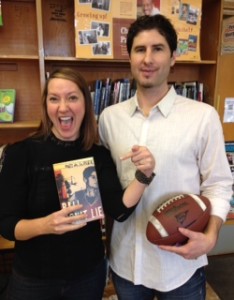