I’m just coming out of a deadline-driven summer (with a good bit of baby time mixed in), and I’m excited to finally make a few announcements . . .

First of all, I finished the final draft of the sequel to The Living. It’s called The Hunted, and it closes out Shy’s story. This one is pretty wild, I have to say. It starts with Shy, Carmen, Marcus and Shoeshine landing in California by sailboat, where they see the earthquake devastation for the first time. But they quickly find out that’s the least of their worries. I’m so excited about this book. I loved writing Shy’s story so much. The Hunted comes out May 12th. Here’s the cover: 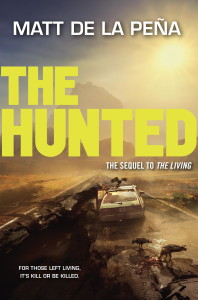 I’m also happy to announce the paperback version of The Living will be in stores on January 6th, and it has a brand new cover: 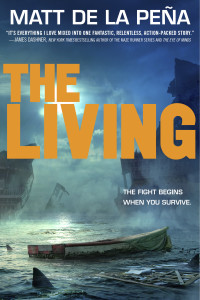 I also have a new picture book coming out on January 8th. It’s called Last Stop on Market Street, and it’s illustrated by the incredibly talented Christian Robinson. The book is about a boy named CJ riding through the city with his grandma. Both Christian and I spent years riding on buses, so it hits home for both of us. I’m proud of this book for many reasons, but I love that it focuses on diverse characters without overtly being about diversity (#WeNeedDiverseBooks). I hope CJ and his nana’s journey gets into the hands of kids of every race. Here’s the beautiful cover: 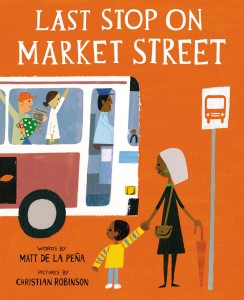 I also have a very long short story in the incredible short story collection (edited by Stephanie Perkins) titled: My True Love Gave to Me. This collection includes some serious YA powerhouses. Look at this lineup: Rainbow Rowell, David Levithan, Holly Black, Kelly Link, Gayle Forman, Myra McEntire, Kiersten White, Mathew de la Pena, Jenny Han, Ally Carte, and Laini Taylor. My story is called “Angels in the Snow,” and it’s the first YA piece I’ve ever set in New York (Brooklyn, to be more specific). The collection already has three starred reviews (out of three!), and it will be released October 14th. Here’s the cover: 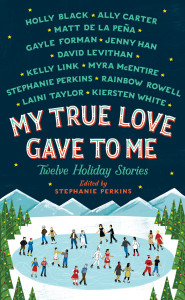 And in case you missed it, I wrote book 8 of Scholastic’s best selling Infinity Ring Series (I also wrote book 4). The series was only supposed to be seven books, so I got to go crazy with book 8. No rules. It’s called Eternity, and it came out this past summer. Here’s the cover: 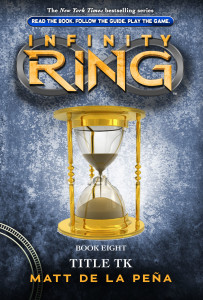 Last bit of book news. I’ve just broke ground on a brand new YA, scheduled to be released in 2016. The working title is: How to Kiss a Brown Boy.

I just updated my calendar with all fall events here. I’m no longer scheduling anything in the fall, however there are still a few available slots for the spring and fall 2015. For more information about inquiring about events, go here.

Attention all teachers and librarians, in November I’m going to be announcing a contest for a free school visit (which will include all travel and accommodations). The contest will be timed with the release of the paperback version of The Living, but to enter there will be no purchase necessary. The contest will be run by me but will be supported by my publisher, Random House. Stay tuned. I’ve always wanted to run this contest . . .

Last but not least, I went on All Things Considered this past summer and revealed how I REALLY met my wife. I had never told anyone. I don’t know why I thought this was a good idea. But here it is if you want to get a good laugh (at my expense).