Did you know I wrote to your parents on Wednesday? The past couple weeks have been a big challenge for so many people out there. Including me. So I asked for a little advice. And wow! I was amazed by all the wonderful responses I received. Some were inspiring and made me want to be a better parent. Some moved me to tears. Some made me laugh out loud. Did you know some moms and dads are really great writers? It’s true! I wonder if your own mom has ever thought about writing a book. Or what about your dad? Your grandma? Maybe you should ask. Because we all have a story to tell.

Next week I’m going to share a little more about the responses I got from parents. But today I want to talk about basketball. Did you know I really like basketball? When I was your age I was obsessed. It was actually one of your emails that made me think of the game. And how much I miss it.

But before I go any further . . . a quick intro for those who are new to these letters. My name is Matt de la Peña, and I write books. Usually I’m out on the road, visiting schools. Or I’m working on a new book. But right now I’m staying at home with my family. You probably are, too. Since we’re all in the same boat, I’ve decided to write you letters over the next couple weeks. They’re about things I’ve been thinking about lately. And trying to write about. You can write me back if you want, with questions or comments. I’ve been getting a lot of letters, so I probably won’t be able to respond personally, but I promise to read every single one of them. And I’ll share some of your responses in future letters (so be sure to include your name, age, and what city you’re living in).

(And if you’ve missed any of the previous letters, I’ve collected them all on my website, mattdelapena.com.)

Back to basketball. When I was a kid I’d play all day. Especially during the summer. I’d wake up super early with my dad and go with him to work because he always parked near this gym where the best players played. I wrote about that experience in a book called Flying Lessons. The story has the longest title in the history of titles. You ready for it? “How to Transform and Everyday Ordinary Hoop Court into a Place of Higher Learning and You at the Podium.” I like that long title. I don’t even know why.

The point is I lived for the game of basketball. Shooting around solo or playing with a big group of people. I watched it on TV, too. I always believed there was something beautiful about the movements of the best players. I saw basketball as a kind of dance, I guess you could say. And I still do. I’m a little older and slower now, so I have to watch the grace of the game instead of making it myself. Have you seen Jason Tatum play. He may be super young, but he is becoming a superstar great right in front of our eyes. Or what about Luka Doncic. That guy is an artist. Or Zion Williamson. I love watching these young guys take over the league. 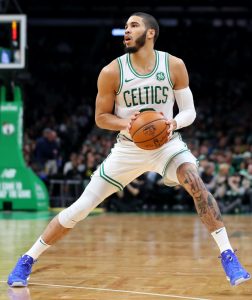 But all of the sudden . . . nothing. There’s no NBA on TNT or ESPN. There are no sports at all. No tennis tournaments. No opening day for baseball. No dance competitions. No Olympic games to look forward to. It’s against the rules for large groups of people to gather right now, which pretty much eliminates the possibility of sporting events. Same with live concerts. And Broadway plays and musicals. And operas. And book readings. All these things we love . . . they’re gone.

Look, this won’t last forever. One day they’ll be back. But in the meantime, maybe it’s up to us to be creative. We can still hit a neighborhood court solo and pretend to be playing in a championship game. We can still imagine leaping off the beach sand to spike a volleyball past some poor blockers hands. We can still search for music in sounds of our neighborhoods. In fact, some of you are already doing this.

I adore this email. I can picture Erica sitting in her room, trying to replicate the beautiful sound of that church bell. Does anyone else do this?

I’ve been playing board games with my daughter, too, Olivia. Mostly Sorry and Candyland. It’s fun to get a little competition through board games. Except she’s been beating me a lot. And she always pumps her little fist and talks trash to me. Where did my five-year-old learn to talk trash, I wonder.

The email that made me remember basketball, though, was written by Joseph S (unknown age, unknown city). And he didn’t even mention the actual game of basketball. He wrote:

When I read that email I could actually feel the exhilaration. I could feel the wind whipping through my hair and the sun on my face. I could feel the slight fear of going so fast. And my chest expanding as I pull in another breath and sing at the top of my lungs. Joseph’s words are so alive.

Here’s my challenge for you today. Can you write a short passage describing something you love? Make it as active as possible. Make it alive. My passage, as you can probably guess, is going to be about basketball. What about yours?